I started writing this post on January 7, 2019 but didn’t finish it until now.

I was running an errand today with my four year old daughter, Lia. As I was driving she asked “Mami, why did you want to become a mami?” And before I could even answer, she says “Because you wanted to have a baaaaby? And have a family?” A smile came across my face. I reached back to touch her leg and she squealed with laughter. My heart was full. Thinking how blessed I am to have what I dreamed of – a family of my own, one son, one girl – I felt so deeply grateful it almost took my breath away…

But then came the unthinkable thought – will I one day be looking back at this moment with a deep, painful yearning because my daughter had died? I shudder at the possibility. But it’s something I think about… 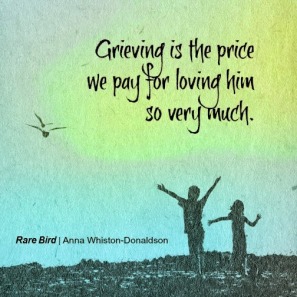 You see, when I was a freshman in college, while my parents were away in Cancun, I received a phone call from my aunt in Costa Rica telling me the unthinkable had happened for my aunt and uncle – their four year old daughter Marisol had drowned in a pool. I had to call my parents at the hotel and tell them every parent’s worst nightmare. They immediately decided to catch the next flight back home so mom could then take a flight out to Costa Rica to be with the family.  I begged to go with her but they didn’t let me. Perhaps they were trying to shelter me from what we would have to encounter. I regret not going, even though the decision was out of my hands. The regret stems from the reality that as heartbreaking as it was, for me, staying home did shield me from the grief and suffering my family was experiencing and I felt really guilty about that. But even if I had gone, now that I’m a mother myself, I’m pretty sure it wouldn’t have registered or cut as deep as it does now. Because even though it’s been more than eighteen years since she’s gone, having kids really puts it in perspective because one can imagine one’s very own child being the one who passed.

I remember the day of my son’s fourth birthday party when it hit me the most – Marisol was four when she died. My son was four. It would be like him leaving now.

After the unthinkable thought, my mind stayed in a dark place, but not as grim. It went to how it was incredibly ironic and frustrating that what had made my dreams come true – being able to create life and bring new little humans into this world – is also what precipitated my biggest health struggle of my life – depression – something that drains the life right out of you. It’s the antithesis of feeling alive.

Obviously I wouldn’t give up my kids for anything. I’m still eternally grateful. And I’m well aware that there are much, much worse things that could happen. But we all have our struggles, right? And I don’t think keeping it in helps. So what has motherhood surprised you with? Good or bad?

One thought on “How Bittersweet: A Heart Full of Love & Fear, Gratitude & Longing”